Sexy Zimbabwean RnB singer Cynthia Mare last month took her first steps to striking it big in Nigeria after travelling there to perform at the ‘Touch of a Genius’ 2Face Tribute held at the Sincilla Hotel in Victoria Island in Lagos. 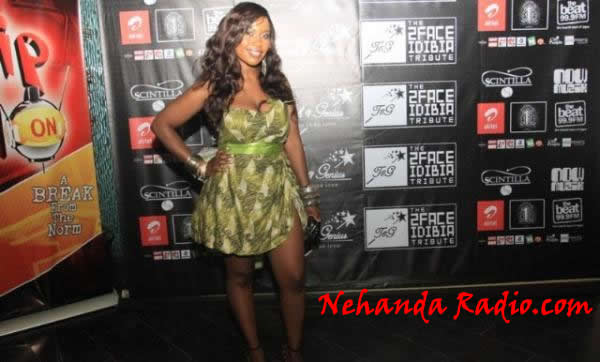 Cynthia Mare at the ‘Touch of a Genius’ 2Face Tribute held at the Sincilla Hotel in Victoria Island in Lagos.

Having carved out a name for herself with hits like The Diet Song, Girls in the Club and lately Catch Me When I Fall, Cynthia was invited to the red carpet event and delighted 2 Face by performing one of his hits songs to perfection.

She started the performance with a solo, playing the keyboard and singing 2 Face’s song ‘Be There’. The audience really enjoyed it, screaming and clapping as she went along. Miss Tiwa Savage, one of Nigeria’s hottest female singers, later joined Cynthia on stage as the band also joined in to sing the rest of the song.

The Vibe with Silvaa King: Wizkid, Davido have more money…

So impressed was 2Face, Now Music who manage him, have recruited Cynthia on board. Other performers on the day included TIMI Dakolo, General Pype. Cynthia was later invited for an interview on one of Nigeria’s prominent national radio stations Ray Power FM which led to many more TV and radio interviews.

ZINASU caretaker council gets to work

Has Moyo threatened a coup in Zimbabwe?

The Vibe with Silvaa King: Wizkid, Davido have more money than American rappers…