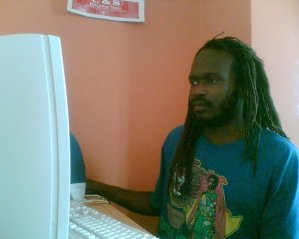 UK based Zimbabwean author, Masimba Musodza, has ushered in a new era in Zimbabwean literature by publishing the definitive first science-fiction/horror novel in ChiShona and the first in that language to be available on amazon Kindle.

MunaHacha Maive Nei weaves issues of greed & corruption, sustainable developement, international corporate intrigue and concerns around bio-technology. Chemicals from a research station conducting illegal experiments begin to seep in to the local ecosystem, causing mutations in the flora and fauna.

When a child is attacked by a giant fish, the villagers think it is an afronted mermaid-traditional custodian of the ecology- and seek to appease it according to the prescription of folk-lore. However, the reality of what is happening soon becomes evident, a reality more terrifying than any legend or belief.

MunaHacha Maive Nei was written for the next generation of ChiShona readers, taking a language that has long contended with encroaching westernisation in to the modern world of information technology and new media. It was written in the United Kingdom, a country that considers ChiShona a language widely spoken enough to have official documents and information printed in.

Zimbabwe drama ‘This is London’ makes a mark

Musodza demonstrates a remarkable flair for ChiShona and overturns the notion that it is not possible to write “complicated stuff” in a language that is often shunned by the educated back home.

Influenced by Professor Ngugi wa Thiongo’s Decolonising the Mind, Musodza has been an advocate for the sustained use of African languages. It is his hope that MunaHacha Maive Nei will generate more than academic interest. The print edition will be published in the next few weeks by Coventry-based Lion Press Ltd.

Masimba Musodza was born in Zimbabwe in 1976, and came to England in 2002. A screenwriter by profession, he published his first book in 1997, The Man who turned into a Rastafarian. He is perhaps best known in literary circles for his Dread Eye Detective Agency series. Musodza lives in the North-East England town of Middlesbrough.

Zimbabwe drama ‘This is London’ makes a mark