Exiled businessman and ENG Capital director Gilbert Muponda has been ‘de-specified’ by the government and legally should be free to return home from his base in Canada. A specification order under Zimbabwean law results in an asset freeze and garnishing of bank accounts to facilitate investigations. 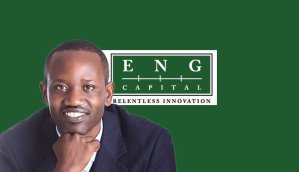 Muponda fled the country in 2004 after a controversial crackdown in the financial sector saw his ENG Capital Limited taken over by the government. At the time ENG owned 52 percent of CFX Bank (formerly Century Bank).

While the Royal Wedding between Prince William and Kate Middleton was taking place in the UK at Westminster Abbey, an Extraordinary Government Gazette published on the same day, 29 April 2011, in Zimbabwe, revoked Muponda’s specification.

General notice 139 of 2011, signed by co-Home Affairs Ministers Theresa Makone and Kembo Modadi says “it is hereby notified that the Joint Ministers of Home Affairs, in terms of section 6 (2) of the Prevention of Corruption Act (Chapter 9:16), have revoked the specification of Mr. Gilbert Muponda.”

Only last month the Affirmative Action Group (AAG) said it wanted the Reserve Bank of Zimbabwe to reinstate the licence of ENG Capital Group after it paid all its debts. The company, wound up operations in 2004 after directors, Gilbert Muponda and Nyasha Watyoka applied to liquidate the two operations.