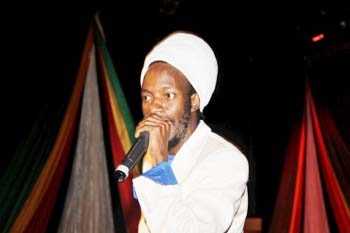 Popular dancehall artist Winky D has revealed that he is circumcised and not only is this ‘smart’ but “one of the coolest moves you will ever make. I should know…I made that move. Takaipa…Takaipa!!”

“It (male circumcision) is a quick, safe and painless medical procedure that will leave you feeling smart, and confident that you are always hygienically clean and protected from the HIV-Aids virus,” Winky D said.

“Being cool is not just about having a string of hit songs. It is about taking care of yourself and looking after your health. It is about making sure you are presentable, smart and clean all the time. That is why I am asking you to think about getting circumcised this school holiday,” he added.

There is a big effort underway in Zimbabwe to circumcise about 80% of young men after a study five years ago found that the operation reduced the chance of contracting HIV by 60%. HIV rates are high in Zimbabwe – at 13.7% of men under 49 – but only 10% of men are circumcised.

Tsvangirai calls for end to factionalism