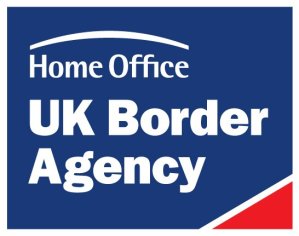 Why is the UK planning to deport Ndebeles?

Change can happen at any time. There are things that you cannot prepare for, that you cannot alter, change or prevent from happening and as much as I hate to admit it, discrimination on the grounds of tribe is one of those things.

We are now heading for 200 years with Ndebeles suffering since they have been on the run from Tshaka in 1820.

The latest is that the British government says Ndebeles cannot be tortured or killed by Mugabe even if you are an activist with a high profile.

This is the same government that turned a blind eye when Mugabe was butchering Ndebeles and her Majesty was busy dinning with the devil Mugabe.

Outcry as Zim nationals with British children rounded up for…

The Ndebeles in Zimbabwe continue to encounter low-grade economic and political discrimination by the Shona majority. There is a diffuse sense that the needs of the Ndebele are ignored. In general, Matabeleland lags behind in development.

There is massive unemployment and general social destitution in the area. Furthermore, although there are no restrictions to high office, civil servants in Matabeleland are disproportionately Shona, and many do not even speak Ndebele. This contributes to the feeling of many Ndebeles that they are second-class citizens to the Shona and that their own culture is at risk.

I quote the recent court judgement “In general, a returnee from the United Kingdom to rural Matabeleland North or Matabeleland South is highly unlikely to face significant difficulty from ZANU-PF elements, including the security forces, even if the returnee is a MDC member or supporter” (See article)

What does this tell us about the judgment? It is safe to return a Ndebele than a Shona to Zimbabwe. The home office is playing a mind game with Zimbabweans. Ndebeles have long being frustrated by a lot of issues and they now they prefer to keep quite when they are being intimidated and by doing so, does not mean there is no violence in Matebeleland.

If a Shona in Masvingo is killed today by ZANU (PF) it becomes in the headlines and if a Ndebele is killed in Gwanda no one will know about it because we have been suffering for long. Why is the UKBA (UK Border Agency) not protecting Ndebeles as Zimbabweans? May be they never even bothered to reach Matebeleland when they went for their fact finding mission.

Did the courts know that if you are a Ndebele you can be beaten for not speaking Shona? Subsequently, Ndebeles in Zimbabwe have several grievances. Politically, they are seeking greater autonomy.  Matabeleland is an opposition stronghold. Ndebele resistance has been peaceful. The UKBA must not divide us as Zimbabweans.

Moyo crying louder than the bereaved

Outcry as Zim nationals with British children rounded up for deportation

When are we ever going to talk about Matabeleland?

Police say ‘no’ to ‘instant justice’