Safety is still a luxury in Zimbabwe 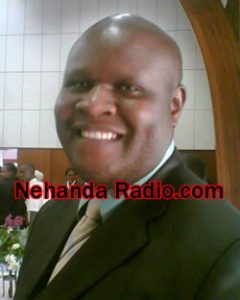 I will be turning 40 years old within a few years time. For all my adulthood life I have been squatting in the Diaspora of South Africa, after unceremoniously leaving Zimbabwe on 21 January 1999. I am still in Mzansi, obviously not by choice, but by circumstantial coercion.

None of my children refer to Zimbabwe as ‘home’ because they were born in South Africa. My eldest child Sibanengi (jnr) confronted me when we were in my rural home in Mberengwa last December and demanded to be taken back ‘home’ as he was tired of being in Zimbabwe.

The home he was referring to is my bank bonded house in Winchester Hills, Johannesburg where he was born. When other stunned family members reminded him that he was actually at his “real” home, he retaliated by boycotting his meals until we left for Johannesburg in a few days time. This encounter has been constantly coming back to haunt me.

Sibanengi Dube: “Zanu PF is stitching up the ass in an…

It never crossed my mind that I would have kids who regard my home country as a camping festival destination. O-oh my God! I was distressed. I felt a bulge developing in my throat. My throat became so rugged as if someone worked on it with rough sandpaper.

I felt my skin crawling away from my body. My tongue became heavy and rough like a cactus carpet or as if Satan has danced on top of it. I felt like reaching for my knobkerrie. That was before realising that the kid was innocent. I then obscured my frustrations with Jack Daniels.

My experience is not alien to my friends and family members, who are dotted around the globe as Zimbabwe continues to be a refugee generating pot.  Why are we in this situation? Who is to blame? We may all ask.  Why this curse? Could it be Zanu PF? Zanu PF might have authored the situation that we find ourselves in, but the blame lies squarely with all Zimbabweans.

How then can victims of the situation become instigators of their won predicament? The honest answer is that we allowed Zanu PF Pharisees to openly privatise our country for the benefit of few Zanu PF idiots as the majority gets snared by maddening poverty and hopelessness.

One painful reality is that very few Zimbabweans feel at home when they are in Zimbabwe. My boy might be right to feel at home in Jozi and not at a Growth Point in former in Belingwe. Who would be proud of a home where violence is perpetrated by State institutions who are supposed to provide security, hope and confidence?  We might all be proud Zimbabweans but the beautiful country was made inhabitable under everyone’s watch.

Safety is still a luxury in Zimbabwe as marauding Zanu PF thugs are allowed to pounce on anyone with impunity. Daily tales of the brutality being subjected to Zimbabweans by soldiers, police, CIOs and Zanu PF thugs on a 24 hours basis are a clear testimony of how the country has been turned into a big jail of the majority who are not singing from the same hymn book with Zanu PF.

We surrendered territory to a few greedy clowns, who have been plundering the political and economic landscape of the country for the past 31 years. Takaranwira makudo munda, manje haachada kubudamo.

We gave Robert Mugabe a signed blank cheque book, literally giving him a green light to insert any amount that suits his ravenous taste for sumptuousness. These former gorillas, masquerading as national heroes are nothing other than unrepentant full-time murderers who will never stop killing as long as we continue to sheeply surrender ourselves to be guillotined.

As I write this opinion piece, 47 activists, including two former MDC MPs, Munyaradzi Gwisai and Job Sikhala are in detention facing charges of treason for watching a video of revolutionary protests being staged in North Africa. Guess what the general populace’s reaction is to these wanton arrests of innocent citizens: non-action.

Everyone is conducting business as usual, without any registered concern over what is happening to the 46.The attitude being, why should Gwisai or Sikhala’s arrests be any of my business? Who is Gwisai anywhere? Who is Sikhala after all?

This explains why the million march pencilled for 1 March flopped. People will come out of their houses to go to work and NEVER to march to the State House, demanding the exodus of Mugabe. Zimbabweans’ mindset is erroneously premised on who will be immediate beneficiaries of the revolution.

Whose struggles is it anywhere? What will be there for me or it will be suffer continua for me, as members of MDC’s upper echelons get more German sedans, move into government mansions and spacious offices.

Where is the crop of former student leaders who warned the nation about Zanu PF’s indecency? Have they gone underground or surrendered to Zanu PF as Zimbabwe goes up in smoke.

What happened to the selfless bravery of the former student leaders, who used to be the beacon of light? Was their resilience drowned by ‘academic perfume’, as the Police Commissioner, Augustine Chihuri, once put it in reference to military tear gas that was used by riot police to disperse demonstrating students?

Have we lost the love for our country due to borrowed comforts in the foreign host countries where we are enjoying mega luxuries at the expense of our identity and destiny? Are we so engrossed in the 4×4 Jeep Patriots we are chauffeuring in the fast lanes of the Imperial highways and free ways of foreign countries.

Some have become so comfortable in their high-gated leafy suburbs where they enjoy three course meals everyday to an extent that they treat the Zimbabwe story as an itching irritation which should vanish some day before they could even lift a finger to bring change.

It is interesting to note that most of the best brains to come out of Zimbabwe are being absorbed by the lucrative NGO sector where their energies and brain power are consumed by writing project proposals and concept papers. Some have even grown so influential to an extent of controlling, distributing and approving budgets of donor communities.

They are in the business of trading calamities.  Their stock is the crisis bedevilling Zimbabwe. All they do is to document or analyse the crisis for a living but adding nothing of value to mitigate the crisis.

Zimbabweans are petrified of confronting Robert Mugabe even though he is already one foot in his grave. Yes! This is a fact. It is public secret that Mugabe is always in and out of operation theatres. Zimbabweans are genuine cowards, hell-bent on preserving their lives with no regard of the quality of life they are subjected to.

They are an opposite of Egyptians who confronted Mubarak’s armed soldiers on tankers, with prayers and stones. Libyans are taking the lunatic brother leader, Muammar Gadaffi by his horns for messing them up for 42 years. The bloody price which the Libyans are paying daily to redeem their country doesn’t seem to be a deterrent.

Even the docile Zambians stopped Fredrick Chiluba from overstaying his welcome at the State House. The South Africans sent the once powerful Thabo Mbeki packing as soon as he announced his intention to seek the third term as President of the ruling ANC.

Marc Ravolomanana of Madagascar is squatting in South Africa as a nobody after the natives chased him, for his unquenchable desire to remain at the helm of the Island nation.  Everywhere Presidents who over- stayed their mandates are being chased by the common men. The same cannot be said about Zimbabwe. Instead Mugabe is chasing Zimbabweans in large numbers from Zimbabwe

Zimbabwe has been mortgaged to Zanu PF.  Can we honestly afford the luxury of folding our hands as the nation faces extinction? Some of the country’s best minds that would have taken the struggle to another level avoided the political terrain and banished themselves into their individual selfish and professional pursuits. It is neither strategic nor cowardice to remain neutral in such situations, but is a clear exhibition of extreme national stupidity.

Zimbabweans are good at masking cowardice.  Some claim to be apolitical, mouthing neutrality at every turn and event. It is an individual choice to join politics but in Zimbabwe there are only two options that are obviously identical. It is either all Zimbabweans must demand freedom from Zanu PF or we force Zanu PF to deliver freedom to us by any means necessary.

Why would anyone remain neutral when lives of family members are at risk? What further brutalization can get Zimbabweans to shield their families?

Zanu PF has ruffled and rattled everyone beyond any lucid disputation. The long list of wrong doings visited upon Zimbabweans by Zanu PF is now a global secret. What keeps the world guessing is why Zimbabweans are not retaliating in face of immense provocative stances hauled at them by Zanu PF.

This article should not be mistaken as inciting rebellion but is simply citing reasons that justify a revolution.  Zanu PF fat-cats must be bamboozling at their luck to be presiding over gullible or credulous Zimbabweans who can be easily oppressed to any imaginable level.

Sibanengi Dube is the MDC spokesperson in South Africa but writes here in his personal capacity.

Suicidal to have election in Zimbabwe this year

Sibanengi Dube: “Zanu PF is stitching up the ass in an effort to get rid of…