Statement by the Minister of Energy 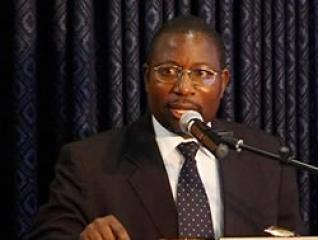 “Transparency and Accountability for Service Delivery”

1.    Energy is an important enabler for economic development apart from it being a symbol of civilization.

2.    The electricity supply in this country is less than demand leading to load shedding. Zimbabwe generates between 1300-1400MW against the national requirement of 2000MW. There has been no investment in new Power generation since the commissioning of Hwange Power Station units 5 & 6 in 1984.  There has also been no meaningful repairs and maintenance to both the generation plant and transmission and distribution network over the last 12 years.

3.    Great strides have been made to increase local power generation since the formation of the Inclusive Government.  All six units at Hwange are now operational although not yet stable.  Major maintenance at Kariba South was undertaken from September 2010 to January 2011, making it operate reliably at capacity.  The three small thermals at Munyati, Bulawayo and Harare have been brought back to service, although still operating at low capacity.  Local generation is now in the region of 1300MW to 1400MW.  This is the best it has been for over a decade, but certainly the desired ideal.

4.    We are currently importing Power from Zambia and Mozambique ranging between 100MW to 300MW.  DRC will export 50-100MW from 1 March 2011.  These countries are willing to export more power if we pay for the current imports and something towards the accumulated debt of nearly $100m.

5.    The country is exporting 150MW to Namibia.  The tariff on this export is below cost and ZESA has been negotiating to increase this tariff to cover cost of producing the power at Hwange Power Station.  The current situation means that Zimbabwe, despite its own shortage of electricity is subsidizing Namibia.  This situation has to be corrected soon.

6.    The current rains have exposed the frailty in the Transmission and Distribution networks, exposing the weaknesses for the lack of critical maintenance over the years.  Substations and transformers have been failing at an alarming rate.  Many poles have tumbled over, succumbing to white ants, having been in service beyond their useful lives.  ZESA has been overwhelmed, and in cases have had to seek outside help.  A lot more investment is required to make the transmission and distribution networks safe and reliable.

7.    To add to the above problems, vandalism is a major menace.  Whole transmission pylons have been stolen, so have been the electricity wires.

10.    ZESA needs a viable tariff to not only stabilize the current power supply, but to invest in new capacity.  ZESA has come up with a proposed tariff which I have put on hold whilst the necessary consultative processes are being carried out.  The small thermals are expensive to run, hence the power they produce is also expensive.  In the meantime, there are customers who have voluntarily enlisted to pay a high tariff in return for not being load shedded.  These are being supplied from the additional electricity being generated by these small thermals.

11.    The short term objective is to stabilize the internal generating capacity at Hwange Power Station, increase the output of the small thermals from 65MW to 270MW.  This is then augmented with imports, small hydro power plants and solar.  The Ministry will encourage business to generate their own electricity – this is called co-generation.

ii)    Increase generating capacity at Kariba South by 300MW through either replacing current units by more powerful ones, or install additional units.  The recommendations from the Engineers are expected soon.

iii)    New on grid solar plants are expected to come on stream with one having been licensed.

iv)    Sengwa Power Station is expected to come on stream in 2014 and a lot of progress has been made to date.  This will produce 2500MW when fully functional.

v)    Lusulu Power Project has been licensed and they still have to secure a coal purchase agreement.  It will produce 2000MW when fully functional.

14.    Turning on to Fuel, the country experienced fuel shortage in December 2010 and early part of January 2011.  The shortage was caused by the following:

a)    The country relied on short term contracts with no long term supply contracts.
b)    The Northern Hemisphere cold spell came earlier and was more severe than expected, thereby diverting the short term supplies to the North.
c)    NOCZIM had stolen $35m of ZIMRA funds between February 2009 and February 2010.  This was a symptom of malpractices at NOCZIM.
d)    NOCZIM allowed ZIMRA to garnish the account that had funds for the Strategic Reserve.
e)    NOCZIM had not bought and kept the Strategic Reserve from the levy from February 2009.  Therefore the country had no reserves to cushion the shortages.

15.    A forensic audit was conducted by Ernest and Young and it uncovered that among other things:

16.    During December 2010 and January 2011, there was virtually no fuel to sell available for Zimbabwe.  NOOA petroleum of South Africa offered 5m litres of diesel.  The Ministry had in the meantime agreed with ZIMRA to stop the garnish and make good the amounts due to the Strategic Reserve levy. The US$6 million was then paid into a Noczim account and transferred into the Petrotrade account as Noczim was no longer functional. This was then handled as a purely administrative matter.  In a meeting attended by the Director – Petroleum, the Permanent Secretary and myself, we considered it prudent to procure, the only fuel that was available at that time using the Strategic Reserve levy.  The Strategic Reserve Levy will be used in future to purchase fuel to cover market failures.

17.    Delays were encountered in transferring the funds taking six days in total.  However, when the first train came with fuel, it spent over 10 days at Beitbridge without being cleared.  This was clearly the work of a bureaucracy determined to create a story.  The fuel was only offloaded last week after the intervention of the Minister of Finance.

18.    Cabinet approved the Restructuring of NOCZIM into two companies, one responsible for trading and the other for the infrastructure.  The Restructuring was done on 31 December 2010 and the two companies started operating from 1 January 2011.  The two companies have similar board members being:
•    Mr Justin Mupamhanga – the Ministry’s Permanent Secretary,
•    Col Morgan Mudzinganyama (Rtd) – Director Petroleum and
•    Ms Ndomupei Chikonye – Director Power.
19.    Out of the 379 employees of NOCZIM, the successor companies absorbed 273 employees leaving 106 employees to be retrenched.  Negotiations on the retrenchments are on going, and expected to be resolved by 28 February 2011.

20.    The two new companies are being given a fresh start and a break to mismanagement and fraudulent activities of NOCZIM.  Substantive Boards will be put in place as soon as consultations are completed.  The debt will remain in NOCZIM and will be transparently serviced using the Debt Redemption Levy.  It is likely to be fully paid within two years if the projected fuel levels are attained.

22.    Finally, turning to the Rural Electrification Agency (REA), this organization is funded largely by the Rural Electrification Levy.  This calls for the utmost transparency in handling these resources.  In the background of many unfinished rural electrification projects due to lack of resources, the Chairman unprocedurally authorised 3 members of management to get $656 000 as housing loans, on 3% interest over 17 years.  This amount was not part of the budget and therefore should not have been paid.  This is a corrupt practice.

Employees who work for Government-owned enterprises must put excellence and service to the nation above self and remove the air of entitlement.  They are there to serve not to be served.  If they become corrupt, I will not hesitate to deal with them irrespective of how well connected they are.  They should only be connected to service delivery and serving the people of Zimbabwe.

For the record, I am particularly allergic to corruption, greed and patronage. Zesa will be purified. Noczim will be sorted out. REA will be distilled. The guilty are afraid and no amount of noise and vilification by corrupt forces will stand in my way in pursuit of excellence and delivery for real change. As a deployee of the people’s party of excellence, I have a contract with the people of Zimbabwe to serve them and serve them justly and honestly.