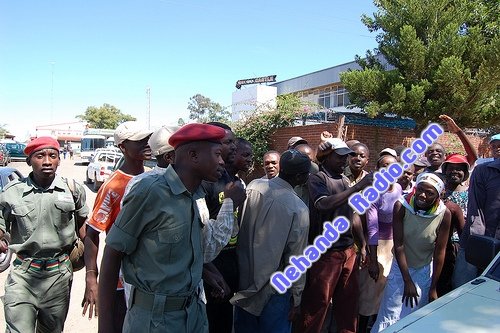 Media reports on the results of the civil service manpower and payroll audit shows that there are 75 000 ghost workers on the government payroll, gobbling US$20 million every month.

The majority of the ghost workers, mostly untrained and unqualified Zanu PF militias, were hired a few months before the 2008 election. In particular, Youth Minister Saviour Kasukuwere hired 6861 militias on 26 May 2008 and deployed them countrywide.

“The maximum number of appointments made on one day was by the Ministry of Youth Development, Indigenisation and Empowerment, where 6861 ‘civil servants’ were appointed on May 26 2008,” the report says.

“Zanu PF is existing on borrowed time, has no…

Ghost workers and unqualified staff have substantially weakened Zimbabwe’s public service delivery system. Some 13 782 civil servants could not be located — either retired, absconded, deceased, transferred or had resigned at the time of the audit.

The report recommends investigations into corruption in the employment of unqualified or non-existent workers. The MDC maintains that Zimbabwe needs a comprehensive public service sector reform to pay deserving civil servants decent salaries; flush out ghost workers; and to remove redundant employees.