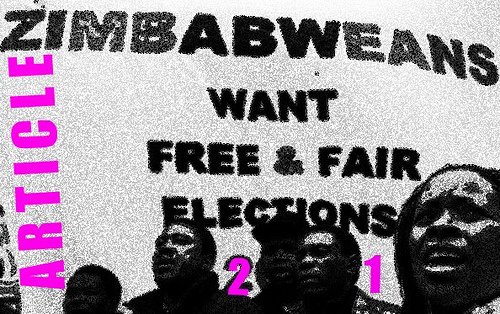 The Zimbabwe Electoral Commission (ZEC) says it needs three months to clean the voters’ roll before the country holds the next elections. ZEC chairman Justice Simpson Mtambanengwe told the Daily News that his commission has set that target and is confident that they will finish the work within  that time frame.

“We need three months to work on the voters’ roll, and clean it up in preparation for the elections. There is going to be a lot of work to be done as we need to undertake massive publicity work and explain to the public what we intend to do,” Mtambanengwe said.

He did not indicate when the commission was going to commence its work on the voters’ roll but emphasised that it was one of the issues they had agreed with the Registrar- General’s office. “We held several meetings with them and we have agreed that it has to be done and we are still to decide on how it can be done, so we have set the time limit for the programme,” he said.

With the political temperature rising  in the country, there are fears that the elections might be held using the old voters’ roll that has been disputed by the MDC and civic organisations involved in election monitoring such as the  Zimbabwe Election Support Network (ZESN).

Mtambanengwe said: “We will have to agree that we compile a new voters’roll or revert back to use of the old voters roll. We also have to agree on the mechanism on how to do it, but everyone wants the register to be cleaned up.’’ he said.

Zimbabwe has 5, 8 million registered voters but concerns have been raised by MDC and pro-democracy groups who say the roll is packed with names of dead people, and people over 100 years, as well as babies. Daily News

Tongai Moyo makes a return to the stage