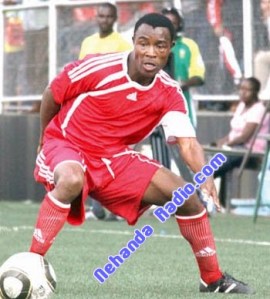 Gone are the days when Zimbabwean footballers were ranked as some of the worst paid people in the country. The emergence of cash rich clubs like Zvishavane-based platinum miners Mimosa has changed the game completely.

Latest reports suggest that Mimosa are offering between US$15 000 to US$30 000 in one off signing fees for new players. Emboldened by some of the money flying around Highlanders player Zephaniah Ngodzo is actually demanding a signing on fee of US$50 000 before he can join Mimosa.

While the majority of civil servants are stuck on an average US$150 per month some footballers are now earning US$1 000 per month in salaries and about US$400 in winning bonuses, free accommodation and medical aid.

Mimosa have already flexed their financial muscle and poached the Motor Action duo of Charles Sibanda and Bhekhi Ncube and Gunners’ duo of Norman Maroto and shot-stopper Tafadzwa Dube.