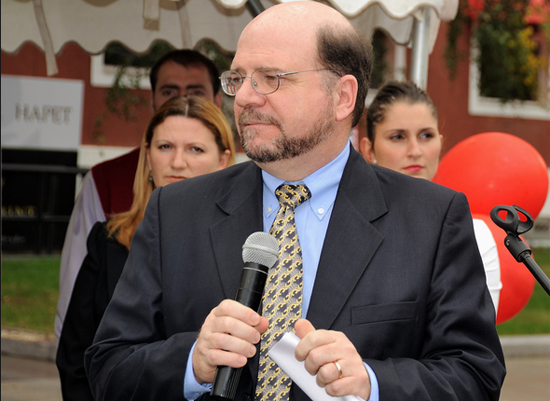 The current US ambassador to Zimbabwe, Charles Ray moved swiftly on Tuesday to mitigate the damage caused by the leakage of diplomatic cables sent to Washington by his predecessor Ambassador Christopher Dell.

In a statement issued on Tuesday, Ray said “I cannot vouch for the authenticity of any one of these documents. But I can say that the United States deeply regrets the disclosure of any information that was intended to be confidential. And we condemn it.”

“Diplomats must engage in frank discussions with their colleagues, and they must be assured that these discussions will remain private. Honest dialogue—within governments and between them—is part of the basic bargain of international relations; we couldn’t maintain peace, security, and international stability without it,” he said.

“I do believe that people of good faith recognize that diplomats’ internal reports do not represent a government’s official foreign policy. For our part, the U.S. government is committed to maintaining the security of our diplomatic communications. We will continue to work to strengthen our partnership with the people of Zimbabwe and make progress on the issues that are important for our two countries. We can’t afford anything less,” he added.

On Sunday the WikiLeaks website released over 250 000 damaging documents made up of US diplomatic and intelligence reports from around the world. According to one confidential 2007 diplomatic report, Ambassador Dell said Mugabe had survived for so long because he was a clever bully.

He described Prime Minister Morgan Tsvangirai as “a brave, committed man and, by and large, a democrat. He is also the only player on the scene right now with real star quality and the ability to rally the masses. But Tsvangirai is also a flawed figure, not readily open to advice, indecisive and with questionable judgment in selecting those around him.”

Deputy Prime Minister Arthur Mutambara was described as ‘young and ambitious, attracted to radical, anti-western rhetoric and smart as a whip. But, in many respects he’s a light-weight who has spent too much time reading U.S. campaign messaging manuals and too little thinking about the real issues.’

Mutambara’s Secretary General in the party, Welshman Ncube, was described as; ‘….a deeply divisive and destructive player in the opposition ranks and the sooner he is pushed off the stage, the better. But he is useful to many, including the regime and South Africa, so is probably a cross to be borne for some time yet.’

Lobola movie banned by censorship board

Full statement by US Embassy in Harare on Wikileaks