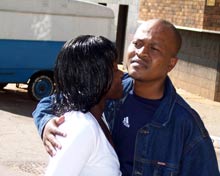 A member of the country’s notorious Central Intelligence Organisation (CIO) who three years ago was implicated in the torture of Zimbabwean journalist Gift Phiri has died.

Writing on his Facebook page Phiri said ‘Hwande, a Sunningdale based CIO operative who three years ago pointed me out to the goon squad that tortured me for five days, has died. Mwari ndewe munhu wese- God is for us all.’ The cause of death was not disclosed.

Phiri who writes for The Zimbabwean newspaper was arrested on the 1st of April 2007 and severely tortured whilst in police custody. The state case against him was that he had ‘abused journalistic privilege by writing false stories.’

Magistrate Gloria Takundwa however acquitted him in June that year. Legal experts say prosecutors shot themselves in the foot by using a non-existent section of the Access to Information and Protection of Privacy Act. Takundwa reminded prosecutors the section they were trying to use had been repealed in 2003.

The stories which irked authorities included ‘Go now- Generals tell Mugabe as Zanu PF loses support’ and ‘ZRP denies torture charge’ in which the police were accused of torturing labour leaders Wellington Chibebe and others.

The Zimbabwean publisher Wilf Mbanga at the time said they were confident their journalist Phiri would be cleared of the charges. He added that they took their hats off to Phiri for the courage he has shown in reporting in Zimbabwe amidst the state sponsored thuggery directed at perceived opponents.

Police were scared of being turned into lizards