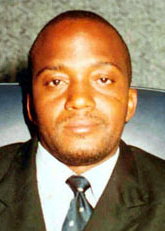 Timba is jointly charged with his brother Stephenson, the chief executive of Freshco Resources. The two are accused of using fraudulent documents to seize ownership of Glencairn Mine, which has several gold claims in Kadoma. Harare provincial magistrate Mishrod Guvamombe did not ask the duo to plead to the charges and remanded them out of custody to October 12 on US$500 bail each.

Defence lawyer Innocent Chagonda of Atherstone and Cook argued that the matter was not criminal and should be dealt with in a civil court. The Attorney-General’s Office has previously declined to prosecute the matter and several court applications to have it prosecuted had been thrown out.

MDC bigwigs fall by the wayside

Vengeance against Mugabe a waste of time

Constitutional outreach for Zimbabweans in UK

MDC bigwigs fall by the wayside