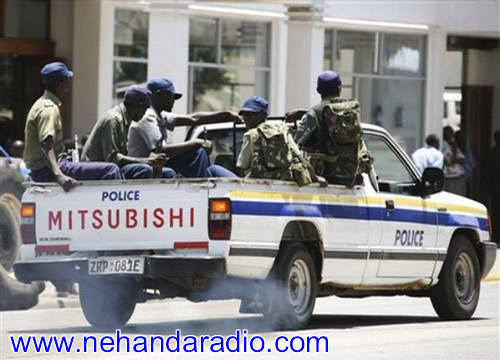 Hardly before the ink had dried on last weeks court ruling ordering police not to interfere with Anglican Church services, the church warden at St Luke’s parish in Mufakose was on Thursday arrested by police loyal to ousted bishop Nolbert Kunonga.

The new Harare Bishop, Chad Gandiya, told Newsreel police arrested the warden because she had dared to open the church building in Mufakose in preparation for a service.

Bishop Gandiya took over from Bishop Sebastian Bakare at a time the Church of the Province of Central Africa was locked in a dispute with Kunonga, the excommunicated pro-Mugabe bishop. Kunonga was sacked in 2007 after he attempted to unilaterally withdraw the Diocese of Harare from the Central African Province.

Using police and ZANU PF militia he has been able to defy the mother church and continue holding onto Anglican property. This is also despite him claiming to have formed his own church and having appointed his own priests and bishops.

On Thursday Bishop Gandiya told us pro-Kunonga police units went around most of the Anglican parishes in the high density areas of Harare threatening parishioners who were trying to attend services on Christmas Eve. ‘They drove people out and stopped those that were trying to get in,’ Bishop Gandiya said.

Those planning on attending services on Christmas Day were also threatened with arrest. All this despite an emergency court hearing in chambers last week Saturday which reconfirmed earlier court orders that property should be shared, until the matter is fully resolved in court.

The church led by Bishop Gandiya filed a court application wanting police censured for interfering with their services. Last week High Court Judge Tedius Karwi ruled against Kunonga and ordered police not to interfere with these services. Kunonga retaliated by lodging an appeal which was heard by another judge, Ben Hlatshwayo. It was during this appeal hearing that all parties agreed the services led by Gandiya’s should not be disrupted.

The Saturday hearing ran until the late hours of the evening and the eventual agreement was violated a few hours later on Sunday morning, with police arresting church wardens and officials in places like Hatcliffe and others. ‘They (police) are again in contempt of court and really we don’t know what to do,’ Bishop Gandiya told us. SW Radio Africa